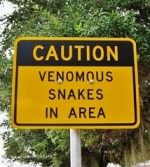 From Chapter Six “Damaged in Service”

She reached the ridge in a comfortable ninety minutes. Her reward was a place on a warmed rock overlooking  hundreds of miles of vast open space with no signs of habitation past the city boundaries. Twisting off the cap on her second water bottle, she gulped a refreshing cool drink. Zeke sighed contentedly and studied the view across this city.

Albuquerque spread out along the river below, shouldered by the mesas and vast desert beyond. Mentally she compared the real view with the map she’d studied. Zeke could almost visualize scenes from the dusty Old West from her mountain perch.

The sun felt warm on her face and she didn’t feel like digging in her backpack for sunscreen. Next time I will. This feels great but it won’t be long before the muscles start to tighten up. The trip down might be more difficult on tired leg muscles. Therefore, it would be important to watch for fatigue.

She slung the small backpack over her left shoulder andstarted her leisurely descent.

Zeke eased down the rocky mountain slope for about a mile, cautious of loose shale, when she heard an unusual sound. She stopped instinctively and listened. Nothing. After three more steps, she heard it again, a low vibration. Finally, she spotted the source, a three-foot rattlesnake a few feet in front of her. It started to coil and rattle to beat the band.

She jerked involuntarily and lurched backwards, catching her heel, striking her head on a low branch and tumbling off the trail. She found herself about eight feet down in a patch of creosote with her pack on her chest. Opening her eyes she saw blue sky and tree limbs. She did a quick inventory and found herself crunched against a downed tree trunk, feet in the air, on top of the rocks, scrub, and a cactus.

Instantly, she remembered that gigantic snake, and listened very carefully for the slightest hint of his presence. Her heart pounded along with her head. She didn’t hear the rattling, so maybe she’d scared the snake, too. She carefully extricated herself from the bushes, watching for any movement nearby. Her forehead hurt and she touched it. Her fingertips came away bloody.

“Son of a bitch,” she muttered. In addition, she had a bunch of scrapes on her arms and a sore ankle. She tried to move around a little, but felt pain in her back where she landed on her weapon and a large rock.

She pulled herself up on the downed tree trunk and searched very carefully for her attacker. She retrieved her water bottle and a handkerchief in order to cleanse her injuries. Another loud noise caused her to sit up straight, drop the water bottle then reach behind for the comforting grip of her Glock.

The sound was from something much larger and she convinced her stunned brain that a very large animal was edging closer, maybe a bear or a mountain lion. Still a little dazed and flush with adrenaline, Zeke moved the Glock to shoulder height and grasped it with both hands. She tried to focus one eye with perspiration threatening her vision. The sound got louder and finally became visible.

What the… a horse?

She sat mystified as the rider grabbed her attention. Maybe it’s an illusion. There was no time to decide because Zeke
knew that the wave of light-headedness and encroaching blackness meant she would soon pass out.

Her next awareness was the craggy ground beneath her back with her legs draped across the tree trunk. Something warm and soft held her hand. Zeke opened her eyes and the most beautiful face she ever saw hovered just a foot in front of her. It wasn’t a ghost. She wasn’t hallucinating.

“Don’t try to get up, just lie still.” The stranger was staring directly into her eyes. “Looks like you took quite a fall. Are you all right?”

“I don’t know. What happened?”

“I couldn’t tell you. I just arrived and you were sitting on this tree trunk, pointing a
gun at me, with your head bleeding.”

Zeke stared back at her and realized that she still gripped her gun. “Uh…”

“No sudden moves. I’m going to walk over to my horse, but I’ll be right back, okay?” The stranger spoke slowly as though Zeke was a young child. The woman stood up, walked a few steps, untied the pack, pulled out a red and white first aid kit, and returned to Zeke’s side.

Zeke managed to pull herself up on the tree trunk for the second time, but she still wasn’t quite herself.

Her rescuer sat down next to her. “I’m Anne…we met at the pharmacy recently. I just found you sitting on this log. I don’t know what happened, but you seem to be injured. I’m going to help you. Do you understand me?” she continued to speak very slowly.

“Yes, I’m sorry. I think I fell…and…well… there was a rattlesnake… and I think I tripped…then there was a noise in the bushes… and I don’t remember… everything went black.”

“We can sort all that out later. Do you think you could put the gun away?”