I think we’re due for a little story telling. 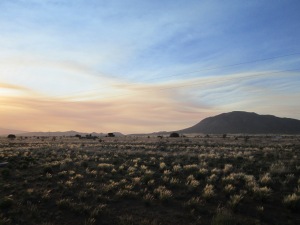 First off, were approaching Thanksgiving for those of us in the U.S.. Not to say that people everywhere can’t enjoy a ginormous communal meal with friends and family, but for some it’s a very enjoyable tradition as we prepare for the colder darker days of winter.

My family is a little too far to drive over for dinner. But I will be sharing the holiday with friends on Saturday. I’ve never really hosted Thanksgiving, it’s usually shared with others. Other was that one year that plans all went sideways and a friend and I resorted to homemade goat cheese pizza and for entertainment, decided to color my hair. Different, but fun.

After pondering all this (holidays and ancient history), I woke up the other day with vivid memories from a job I had over 40 years ago. So I reminisced…

Shortly after my parents died, a compassionate family friend took my brother and me under his wing. My brother was still in the navy at the time, but my neighbor thought that slinging hamburgers in a tavern probably wasn’t the best career option for me. I enjoyed it but he seemed to think that I needed a little more structure and say, healthcare benefits.

Long story short, he lined me up with an interview at a new extended care facility in our town. I didn’t quite see how my waitressing/cooking skills would be of any benefit. Low and behold, they hired me and trained me to be a nursing assistant. Two things emerged from that: 1. I loved working in geriatrics, 2. I was fascinated with medicine.

I only worked there a little less than two years before my closest friend convinced me that I could actually apply for, attend, and graduate from nursing school, ergo…a career as a nurse. Who knew? Yes, she was correct.

But back to what I was thinking about when I woke up the other day. It was the people I got to know while I worked there. I can still remember many of the patient’s names, family members, and diagnoses. I remember the nurses who patiently answered millions of questions and actually seemed a little relieved that I was going away to school. (Emphasis on ‘going away’)

The extended care facility had been designed as a transition for people between the hospital and home (much to the chagrin of several patient families, who thought this was the end-of-the-line nursing home.) We had terrific nurses, physical and occupational therapists, dietitians and a number of excellent doctors. So, when grandpa had his massive stroke, we rehabilitated him to where he could function well with limited care. Our director of nursing was fearsome and tyrannical. With the exception of three patients who were comatose, every patient was expected to be dressed and taken to the dining room for meals. The nurses’ aides worked their tails off! But we did it.

It was not always wildly successful, because as you can imagine, many of our patients were handicapped physically or mentally. That meant we provided complete care including feeding them and of course there were more patients and staff. Mealtime in the dining room was challenging. Still, it was like a large—very large, extended family because a majority of these patients remained constant while I was working there. They were like family to me and when one of them died or went to the hospital, it broke my heart.

One I remember clearly was a physician impaired by a stroke. Knowing he could no longer practice, he attempted suicide, unsuccessfully.  He suffered no physical damage, but couldn’t communicate and very confused. Unlike most of the patients who drifted daily without the connections to loved ones, his wife came every day. Usually he didn’t recognize her. Her devotion and patience were endless. On one or two very rare and brief moments, he’d recognize her and cry. Then he was gone again. It broke my heart.

Over my lifetime, I’ve heard more than one person talk about the wonder of growing up with care from a grandmother or grandfather. (I lost my grandparents before I was 10, so my memories are faint.) So as I’m thinking about Family/holiday, I remembered those wonderful people I cared for everyday for over a year. One of my favorites was a schoolteacher from out east who was106 years old. She was alert and oriented but very, very frail. Her only medication was a multivitamin. I was assigned as her aid frequently.

I took her to and from meals, fed her and provided hers cares. On one occasion, I returned her room after breakfast, and lifted her into bed for her morning nap— a routine task. When I returned to get her for lunch, I couldn’t arouse her. She had quietly died in her sleep. I was devastated. It was inconceivable to me that someone who had lived so many years could just close her eyes and be gone. (My charge nurse actually sent me home because I was unable to work.)

I learned so much from those wonderfully wise, contentious, confused, gentle souls. I’ve never forgotten them and can still picture their faces.

Throughout my career, I’ve worked in many areas of nursing: emergency, surgery, critical care, med-surg, clinics, offices, research, and Home Health Care. In every job, it was always the older patients, the frail elderly, and those at the end of their lives would touch me. It’s a special gift to share those moments. The older I get the more I appreciate the opportunity I had in my twenties to learn a little patience, to listen a little longer, to move a little slower, and to speak a little more clearly.

Love the ones you love, and tell them.