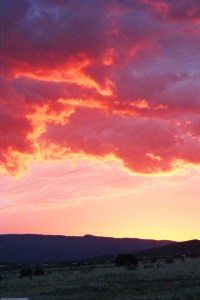 She left the market with a small plastic bag and was slipping her wallet into an inside pocket of her jacket when she was stopped cold by a striking woman with champagne blond hair strolling toward her. The woman seemed distracted by something behind her. Her inattention put them on a collision course. She plowed into the FBI Agent rooted to the sidewalk. Startled, Zeke instinctively reached her hand out, grasping the stranger’s waist.

“I’m so sorry,” the stranger said, as she grabbed Zeke’s shoulders, apparently attempting to right both of them. “I was distracted by that new car…” She turned to face Zeke with an inquisitive expression, “And I wasn’t paying any attention.”

Still frozen in place, smiling like a twelve-year-old dork, Zeke said, “No, please. It’s my fault. I just couldn’t move quickly enough, because, uh…the black car’s mine,” They were inches apart, and a soft floral scent filled her senses. “I should have moved…” Zeke’s quavering voice managed before it trailed off weakly. If I weren’t stuck here like a damned statue, the woman wouldn’t have run into me.

Both women lingered for an uncomfortable moment until the elegant woman in the soft yellow sweater lowered her hands. Their fingers brushed as the woman sidestepped and continued into the market and waved. “Well, have a nice day”

As Zeke settled into her car, she checked the rearview mirror and saw the woman still watching her. Is she staring at the car or me? Zeke wondered. She felt tingly and a little dizzy at the encounter with the beautiful vision, half-surprised her libido could still react. She turned the key in the ignition.

Still distracted, Zeke drove toward the exit and a pickup truck nearly clipped her car as it sped past. She stomped on the brakes. “Shit, pay attention, Cabot.”

She checked carefully to make sure there were no other wayward trucks in sight before she pulled back out onto the highway and headed toward the B&B. Zeke tried refocusing her swirling energized brain. At the same time, the GPS’s female voice began giving her directions, and she saw the dirt road winding up the side of the mountain to her final destination.

2 thoughts on “will she ever get to relax…”